What is the Washington Agreement?

The Washington Agreement is also known as the Central Bank quote sales agreement and the Central Bank Gold Agreement. The Central Bank Gold Agreement is actually its real name. The World Gold Council orchestrated it and publicly proclaimed it on September 26th, 1999. It was supposed to go for an initial five-year tenure and cover 400 tonnes monthly. It was extended to September 2008 in 2004, and its quota was raised to 500 tonnes. It is supposed to expire in September of 2008. Analysts expect it to be renewed, but if the price of gold is high, they may decide to capitalize on a favorable market.

The U.S. has the world’s biggest stores of gold, with 8133 tonnes. The International Monetary Fund is the third biggest holder with 3407. Japan is the seventh largest holder with 765 tonnes. Not one of these parties was subject to the agreement. The U.S. and Japan have said that they don’t plan to sell gold, and the International Monetary Fund has already sold some and plans to sell more. Analysts expect that 400 tonnes will be sold in 2008. 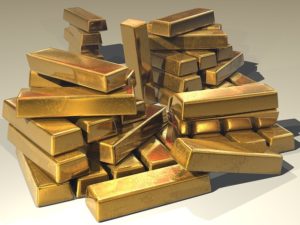 The Washington Agreement really doesn’t have the legal weight of an international treaty. It’s a handshake agreement. Some might call it a gentleman’s agreement. The World Gold Council looks at it as such. One significant part of the agreement was that the people who signed on to it said they would not expand gold leasing or additional exposure to other trades related to their gold holdings as long as the agreement lasted. Gold prices have recovered over recent years due in large part to these curbs on gold leasing and selling. The World Gold Council came to the conclusion that if these curbs were actually complied with, over 26,000 tonnes would go off the market. This totally changed the supply and demand.

However, it’s hard to calculate the exact amount of gold that central banks have in store. The data is not out there in the public domain really. The data that analysts use is supplied by Gold Fields Mining Services, Virtual Metals, and other organizations who keep track of the mining industry. There are also some questions in regards to the amount of central bank gold holdings that have already been committed. The GATA has put forth a conspiracy that involves such actors as the central banks, private sector banks, and national treasuries. They have alleged that they have been acting secretly to bring down the price of gold. The Gold Anti Trust Action Committee put out a full-page ad in the Wall Street Journal in 2007 laying out their claims. The ad cost $260,000, and it seems from the cost of the ad and the weight of the charge that these people were very serious.

What are the most important elements in the supply-demand dynamic of gold? Well, Cental Bank holdings and the Washington Agreement are probably the two most important parts of that equation. GATA has really been working to put out this conspiracy theory about gold price suppression. There are many people out there who believe that politicians and national governments will do whatever it takes to achieve their goals, and there are many more people jumping on board. There are even some conventional analysts who think there is something to it. The issue that any smart, thinking person would have with this conspiracy is that it would take so many bad actors, so many people keeping it secret, and so many people to be corrupt for it to actually work. It is important to stay up to date on all new GATA conspiracy news. It’s a subject worth looking into. It may have some merit to it.

The World Gold Council has done great work in promoting gold ETFs, and they’ve made investing very easy. They’ve made it almost as straightforward and simple as buying a share of stock in a public company. It is widely accessible to the investing community, from the small-time investor to the big fund. No one’s quite sure who the buyers in the funds are. There is no hard, serious data that supports the idea that gold prices are being propped up by Sovereign Wealth Funds. Still, some analysts think they are.

If China, Japan, France, or any other country wanted to start shoring up their gold holdings with their official reserves, they would need to report that gold to the IMF. Gold prices would go up on the news and make any future prices pricier. However, Sovereign Wealth Funds don’t have to report what they own to anyone. Because they’re probably not going to declare what they have, we just have to guess. The US Funds report of November 23 had some comments about ETFs: