What Are the Top Cryptocurrencies?

Bitcoin was launched in 2009. However, over the past decade, over 1500 bitcoin competitors have emerged online. Most of these currencies are worth pennies. Some, however, have market caps that exceed many small countries. 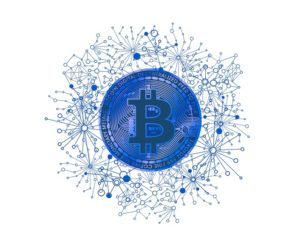 Today, we’re listing the top cryptocurrencies worldwide – including what you need to know about each cryptocurrency. These currencies are sorted by market cap as of January 2018:

Bitcoin is the king of the crypto industry. It kicked off the crypto revolution when it launched in January 2009. With a market cap of around $200 billion, bitcoin has surpassed the annual GDP of countries like Belize, Liberia, and Bhutan.

Ethereum, launched in 2015, is seen as the “second generation” of blockchain technology. Ethereum introduced smart contracts and virtual machines to the blockchain, vastly increasing the potential of blockchain technology. Today, Ethereum is the second largest cryptocurrency by market cap. It’s also designed less as a currency and more as a development environment. While bitcoin was launched specifically as a currency, Ethereum wanted to create a better development environment for users.

Ripple, or XRP, is a high-speed cryptocurrency known for its low transaction fees and near-instant transfer times. Ripple, unlike other cryptocurrencies on this list, is controlled by a centralized corporation as opposed to a decentralized community. Ripple is catered mostly to the banking industry, and its founding team continues to work on partnering with banks worldwide.

Bitcoin Cash, or BCH, was bitcoin’s first hard fork. Launched in August 2017, Bitcoin Cash emerged because developers on the original bitcoin blockchain, BTC, refused to implement an appropriate scaling solution. As of January 2018, BCH continues to offer cheaper, faster transaction times than “legacy” bitcoin due to features like increased blocksize (BCH increased the block size up to 8MB as opposed to the 1MB limit imposed on BTC).

Cardano and its Ada cryptocurrency are new entries on the list of top 10 cryptocurrencies. The cryptocurrency skyrocketed in value in December 2017. Today, Ada is more than a cryptocurrency: it’s a technological platform that will be capable of running financial applications used by organizations, individuals, and governments worldwide. The team has ambitious goals for the future.

Stellar is another relatively new entry in the list of the top 10 cryptocurrencies. The cryptocurrency has saw impressive gains throughout December 2017 and January 2018, fueled by news that IBM was providing validators for the XLM network. Stellar is also known for being one of the fastest and cheapest transfer methods available to the crypto industry. It also plans to offer Ethereum-like functionality, including a more user-friendly coding language for on-blockchain programming.

Built by former Google employee Charlie Lee, Litecoin was constructed on a modified version of the original bitcoin blockchain. It was one of the first competitors to bitcoin. In fact, prior to the launch of Ethereum in 2015, Litecoin was typically known as “bitcoin 2.0” or “blockchain 2.0”.

NEO has been called the “Ethereum of China”. Like Ethereum, NEO offers a decentralized, programmable environment built on the blockchain. Developers can launch their own NEP-5 tokens (similar to ERC20 tokens) or develop customized smart contracts.

NEM is a blockchain that aims to offer the best transaction rates for internal ledgers. It has unique features like its “Proof of Importance” (POI) consensus mechanism and the Supernode program.

EOS is a decentralized platform that aims to overtake Ethereum as the primary platform for decentralized applications. The platform is in development by Block.one.

Miota (IOTA): Miota and its IOTA currency aim to help smart devices communicate with one another over the blockchain.

Dash (DASH): Dash has been a major bitcoin competitor for a long time, providing faster transaction rates and cheaper fees than BTC.

Dogecoin (DOGE): Originally created as a joke, Dogecoin (DOGE) has fluctuated wildly in value over the years; it’s the first meme-based cryptocurrency.

Ultimately, the cryptocurrency industry changes every day. These are the top cryptocurrencies today – but this list could be vastly different by the end of the year.