Millennials are Choosing Bitcoin Over Gold

Bitcoin has often been called “gold for millennials”. A growing number of young adults are choosing to invest in alternative commodities like Bitcoin instead of traditional options like gold.

Why are more millennials investing in Bitcoin? Is this just a stupid trend? Or is this a legitimate shift in how future generations will invest? Today, we’re explaining everything you need to know about millennials choosing bitcoin over gold as an investment. 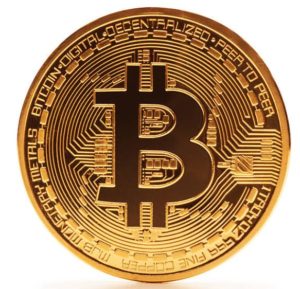 There are a number of reasons why millennials are choosing Bitcoin over gold. One of the biggest reasons, however, is the “Great Recession” of 2007 to 2009.

Many millennials got their first investment experience during this period. Many millennials had grown up being taught to “invest early”. These people deposited their first paychecks into stocks, bonds, gold, and other investment options recommended by their parents. After all, the market had been strong for decades, and it showed no signs of slowing down.

Unfortunately, the timing was very poor for these millennials. They followed the advice of their parents, invested in stock markets hoping to access a safe investment opportunity, then watched their money disappear as the world went through the worst economic depression in nearly a century.

Ultimately, many millennials continue to shy away from traditional investment opportunities for precisely this reason. They’re gun-shy about the investments recommended by older generations.

Interest Rates Have Been Low for a Decade, Leading to Poor Investment Returns

As the world has recovered from the recession of 2008, stock market returns have been pretty good. However, interest rates have been at a historic low. That means millennials are watching their savings accounts collect puny ROIs.

Growing up, millennials were told by their parents to aim for 5% returns per year. If you put your money in an account where it generates 5% returns per year, every year, then you’re going to have a comfortable retirement 40 years down the road.

With interest rates at historic lows, however, few investments pay a guaranteed return of 5% per year. Most savings accounts have paid millennials returns of 1% or lower. Bonds and other safe investments pay similarly low rates. Millennials have become disillusioned by the myth of compound interest turning them into millionaires over a long period of time.

For all of these reasons, millennials are constantly hoping for a big payday. They don’t want to sit and watch their money earn a 0.5% return. Those measly returns aren’t going to cover inflation – not to mention student loan payments at 6% interest.

That’s where Bitcoin comes in. Bitcoin is filled with stories of ordinary people – including students, millennials, and young people – investing a small amount of money and striking it rich a few years later. At the end of 2016, one Bitcoin was worth $700. By November 2017, Bitcoin was flirting with an all-time high of $8,000. In 2009, one Bitcoin could be purchased for pennies.

Bitcoin also has a capped supply.  There will never be more than 21,000,000 bitcoins.  This is completely different than gold (which can be mined) and stocks (which can be diluted).  If you own bitcoin you own a good that should continue to appreciate in price forever. 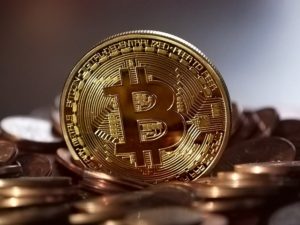 Gold has had value throughout human history. In ancient times, it was an attractive, malleable metal that could be used in jewelry, ornaments, and coins.  But times may be changing.

Gramercy Gold surveyed 100 American millennials aged 25-30 to get their thoughts on whether or not bitcoin is a better investment than gold. According to the results, the overwhelming majority of respondents made it clear that bitcoin was their investment of choice in 2018. Our key findings are highlighted below:

– 30% of respondents claim that they already own bitcoin as an investment.

– Only 16% of respondents claim that they own gold as an investment.

– 54% of respondents think that gold will maintain its value in 2018, with only 22% of them thinking it will increase in value.

The respondents think that there are many different factors that will contribute to bitcoin’s success in 2018. One person says, “bitcoin will increase in 2018 because everyone is rushing to get their share of bitcoin.” Another person says that “widespread adoption for purchasing and continued media effect will drive value higher. In the event of political crisis or threat of crisis, value will spike higher.” Another respondent said that “there is talk of some countries banning it, which may only increase the investment as millennials would want to “fight” the ban.” One more person who is bullish on bitcoin said, “I think if more and more governments start recognizing and accepting bitcoin as a currency then it will spike in value.”

As for gold’s outlook in 2018, millennials seem to be less optimistic. One person said that gold “will still maintain its value. But will slowly fade away as bitcoin gains traction. People will stop using gold as physical currency isn’t easily transferable.” Another person thinks that “gold will be labeled as old and inferior (to bitcoin).” One more respondent said, “I think the price of Bitcoin going up will have a huge influence on the price of gold. As the price goes up for bitcoin, gold will go down.”

The survey results clearly demonstrate that millennials are slowly moving away from gold and moving towards bitcoin. To see if their predictions come to fruition, or if bitcoin is just another “millennial fad”, we will have to simply wait and see.

Today, gold still has enormous value. However, the uses for gold have changed. Today, fiat currencies worldwide aren’t backed by any gold reserves. Instead, gold is used mostly for jewelry and electronics.

Many millennials believe Bitcoin has more value. Bitcoin is an international currency that can be transferred over the internet for pennies. It’s a currency for a new, digital, international economy. That’s where the value of Bitcoin comes from: it comes from its usefulness.

Throughout history, currency has always had value. Coins were made using precious metals, or dollar bills represented real gold reserves in places like Fort Knox.

Millennials, however, have grown up in a world where fiat currency has no concrete value behind it: the value of a currency like the US Dollar isn’t attached to any concrete level of gold reserves. It’s based on supply and demand. When demand for the US Dollar disappears, a $1 USD bill just becomes a piece of paper with a dead president’s face on it.

Millennials, however, have grown up in a world where the value of all currencies are based on supply and demand.

Millennials Are More Aware of Technology than Older Generations

The younger generation is typically more knowledgeable about technology than the older generation. It’s reasonable to assume that the average millennial heard about Bitcoin long before the average 50+ year old person.

Furthermore, many older generations dismissed – and continue to dismiss – Bitcoin as a fad, a bubble, or a niche investment vehicle for geeks. They don’t always understand the value of the underlying blockchain technology, nor do they understand the importance of having a cheap way to transfer money worldwide.

The only question is: what kind of impact will this have upon markets in the future? Time will tell whether Bitcoin wins in the long run – or if gold continues its centuries-long dominance as a preferred investment vehicle.